Nawiliwili “Wili” Nelson was born on “The Garden Island,” the Hawaiian island of Kauai. Early on, he was found to be allergic to all vegetation and not fond of the ocean. He found it quite hilarious that he would be born on “The Garden Island,” given his allergies to gardens and fear of water. Not much is known about his first year other than that he emerged from his mother’s womb singing “Oh, What a Beautiful Morning” and asking, “Are you gonna eat that?” His favorite television show as a puppy was Mr. Roger’s Neighborhood. He particularly loved the songs “You Are My Friend: You Are Special”, and “Won’t You Be My Neighbor?” It is conjectured that he was raised to be a hunting dog, but he refused to hunt, hurt, corner, or inflict harm on any other living being, especially his animal friends. Thus, he was given his dishonorable discharge from his original family and was celebrated as a hero by all the pigs on Kauai. To honor his pig friends, he attempted to eat like one for the rest of his life.

His first recorded public appearance simply notes that the Kauai Humane Society found him wandering happily by the side of the road. It is thought that he was humming “On the Road Again” by an alternative country-western singer with pig tails whom he greatly resembled, and who resided in his dad’s home state of Texas. He was taken to the Kauai Humane Society where, because of his extraordinarily happy affect and perceived intelligence, he was kept long past the time when most animals are prematurely executed. Because of his white paws, he was named “Bugsy” and labeled an “Airedale Terrier.” Later, it would be revealed that, on the island of Kauai, any dog with facial hair was known as “Airedale.” There, all the members of ZZ Top would be considered Airedales, and Jesus is thought to be the “King of Terriers.”

His dad met him in July of 2006 while showing his good veterinary friend from Texas the Kauai Humane Society (known by all the animals on Kauai as a five-paw resort). The veterinary friend who examined Mr. “Bugsy” was also the veterinarian to Sam Houston, the acclaimed author of the howlingly hilarious book, The Gospel According to Sam. She proclaimed him not only physically healthy but also psychologically sound. “If he’s suffered any hardship or abuse, he sure doesn’t show it.” His soon-to-be -human was also impressed that he entertained himself for a long period of time with nothing more than a plastic bottle.

Wili’s dad moved to Kauai from Texas on February 14, 2006 to become a church pawstor (well, technically a Peskypalian priest). When he met “Bugsy,” it was love at first sight. He returned the next day and took him home to be his son. Struggling to come up with a dog’s name that would combine his Texas roots and his new Hawaiian home, he recalled that the harbor where the ships enter on Kauai is named the Nawiliwili Harbor. Furthermore, his dad had already discovered a favorite dive bar nearby—the Nawiliwili Tavern (it just so happened that the Tavern was owned by a pawrishioner, so the priest got a clergy discount). Combining his Texas roots and his new Hawaii home, he named this special critter “Nawiliwili Nelson!”

Wili was beloved on the island of Kauai, appearing in a number of Christmas ads for St. Michael and All Angels Episcopaw Church, sporting reindeer antlers and the engaging grin for which he became known throughout the world. He was also featured on several radio interviews inviting the community to celebrate St. Francis Day at his dad’s church. His favorite church services included the Animal Blessing as well any service followed by a wiener roast, chili cook-off, luau, or parish potluck. His early church antics are immortalized in print in the book written by his human: The Beer Drinker’s Guide to God. In a chapter titled “My Wili” one can read more about his early childhood development and his unanticipated visit to the second-grade classroom of the nearby Wilcox School. While some local citizens were not impressed with Wili’s appearance, he won “Outstanding Eyebrows on Island” a record-setting nine years in a row! Not to mention that he was voted “Mr. Congeniality” at every event he attended.

In September of 2015, Wili and his brother Sinbad moved with their dad to the charming town of Covington, Louisiana, just across Lake Pontchartrain from New Orleans. They flew over the Pacifistic Ocean in a special area for VIP passengers called “Cargo.” His dad was very nervous on the flight and kept sending chocolate-covered macadoodia nuts to the pilots with a note that said “Love, Wili”.  Wili never met a stranger—he quickly became friends with everyone in his neighborhood, dogs and humans alike. In Louisiana, Wili became well-known as a stuffed-alligator wrestling champion. In November of 2016, he went with his dad to New Orleans where he liked to go for walks at Palmer Park, watch the St. Charles streetcar go by, and eat at Dat Dog. One night, Wili stopped eating and moving, and was taken to a 24-hour veterinarian where he was diagnosed with a serious cancer. Two weeks later, the nice sturgeon removed a tubular from Wili’s bottom, plus a couple of limp nodes. He had to wear a very posh Elizabethan collar around his neck and was pronounced “terminal”—he was given as few as three months to live. It was during this period that he demanded to be known as Sir Williamwilliam Nelson.

Not knowing how long Wili would live, during the summer of 2017, Wili and his dad set off on a “Last Howlelujah Tour” to enjoy each other’s company, meet new friends, share Wili’s story, eat some barbecue, and raise money for animal friends. Wili’s dad reminded people on the Howlelujah Tour that the most important thing in life is not our careers, hobbies, material wealth, or even educations—it’s our relationships that matter the most—with our partners, parents, grandparents, children, grandchildren, friends, and pets. Wili reminded everyone how important it is to take time out of your schedule to celebrate your relationships and to sniff as many behinds as you can!  On the Howlelujah Tour, Wili and his dad traveled over 5,000 miles from New Orleans to Las Vegas and back. They met many wonderful people along the way in towns like Covington, Houston, Tomball, Bryan-College Station, Austin, Salado, Corsicana, Dallas, Tulsa, Oklahoma City, Lubbock, Cloudcroft, Alamogordo, Albuquerque, Flagstaff, Sedona, and finally, Las Vegas. Wili raised more than $14,000 for animal welfare organizations, and was featured in newspapers, magazines and on television. When he returned to Louisiana, he was greeted with “Welcome Home Wili” events at Christ Episcopal Church, Covington as well as a local bookstore, and later, he hosted the Annual Howloween Benefit for the St. Tammany Humane Society.

Wili would like to thank all the wonderful vetercanarians who have cared for him so well over the years, including Dr. Joanne Seki Woltman and Dr. Ranaella Steinberg on Kauai, Dr. Katie Maher in Covington, Doctors Elizabeth and David Kergosien and all the staff at Medvet, and Dr. Ashley Geoghegan and everyone at VetNaturally. In lieu of bones, everyone is encouraged to sniff your loved ones today, and send a donation to your favorite animal welfare organization, especially those Wili supported on his Last Howlelujah Tour, plus the Kauai Humane Society, and the St. Tammany Humane Society. Stay tuned for a possible Celebration of Wili’s life event, featuring barbecue and beer, and perhaps a new forthcoming book on the Last Howlelujah Tour. This obarktuary was edited for spillings and punkshashon by Wili—psssst—my dad is not a very good writer, so there was a lot to correct! Thank DOG there is WhyFI on the Rainbow Bridge! 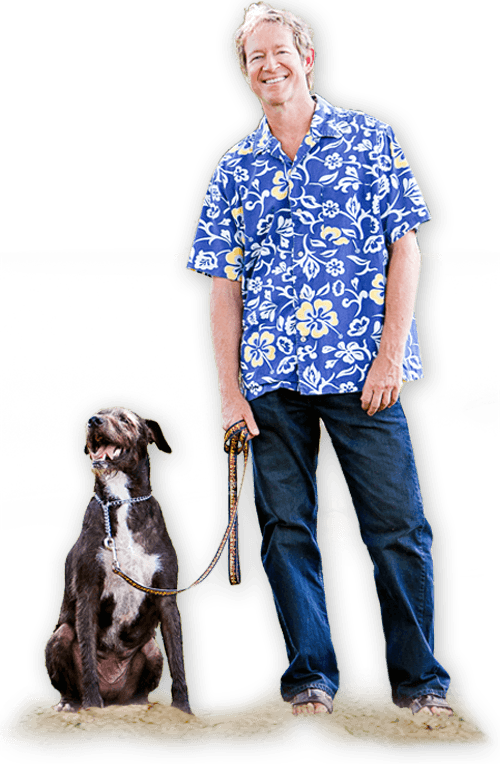 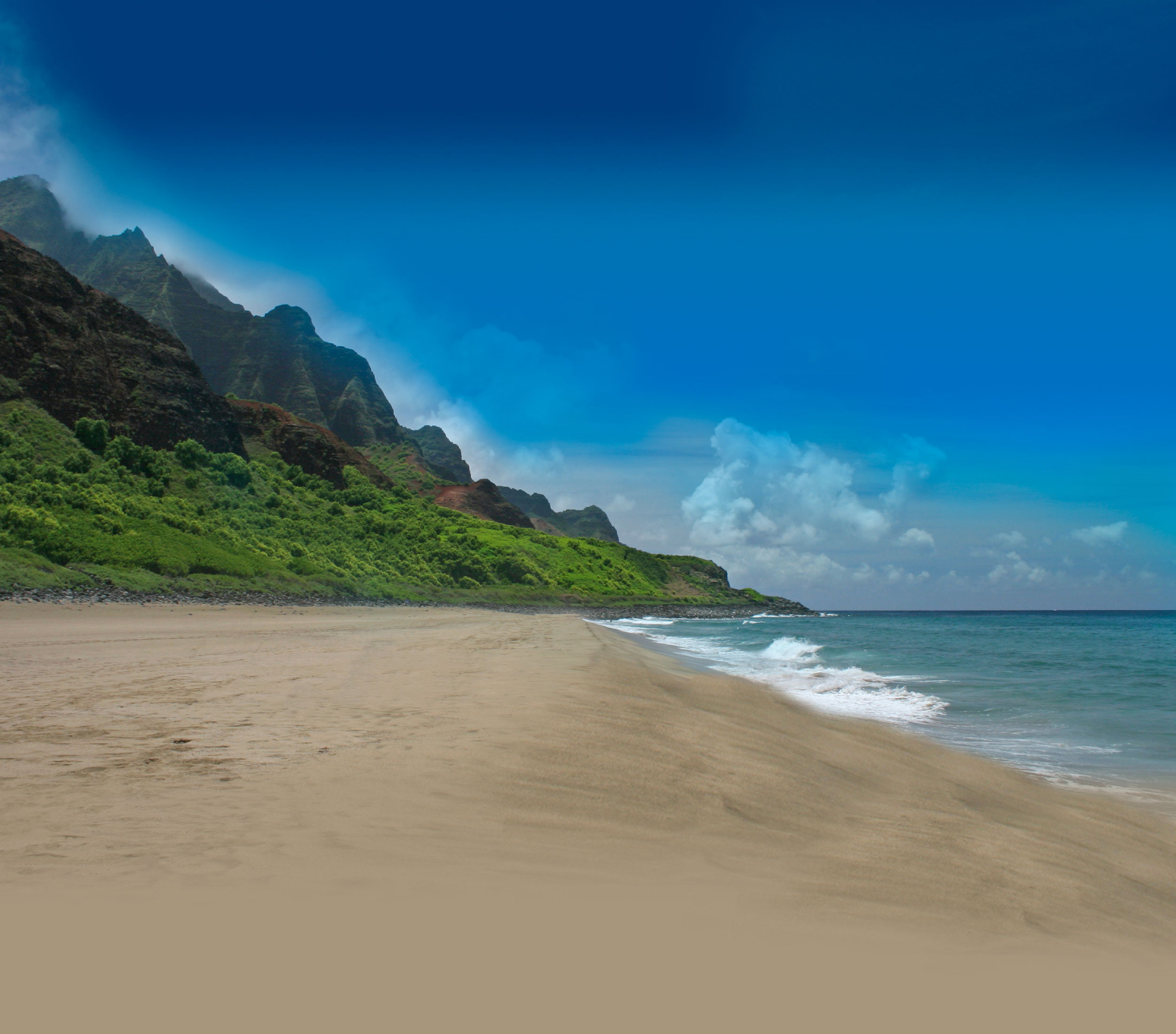